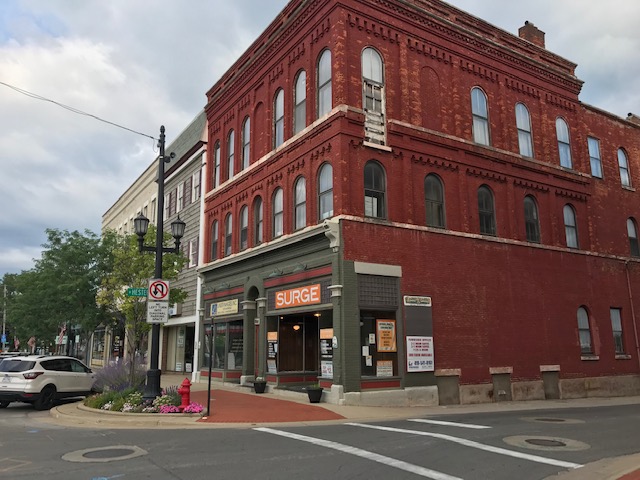 Ally Title Agency is a locally owned and operated real estate title agency servicing residential, agricultural, and commercial transactions. Richard Blair, owner and licensed Title Agent, resides in Huron County in the Holiday Lakes area. With our convenient office location in historic downtown Norwalk, we are able to cover all NW Ohio transactions with ease. Over 20 years of real estate Industry experience, our on staff attorney, and underwriting provided by Old Republic National Title Company, we have the perfect combination of knowledge, technology, and collaboration.

Richard Blair
Owner/Director of Operations
Richard started in the title industry as a loan closer in 1999 and quickly immersed himself in all aspects of the business. After less than two years he was promoted to office manager of his Canton Ohio based branch. In 2001, Richard founded Tri-Source Title Agency in downtown Cleveland with two childhood friends. Tri-Source quickly expanded operations opening offices in Columbus and Cincinnati. By 2004, Tri-Source had operations in Ohio, Florida and Colorado and was licensed in an additional 15 states. During the economic turndown of 2008, Richard left the partnership to pursue a business venture in third party logistics. In 2012, Richard sold his third party logistic company and earned a director position with the largest title agency in the nation, Amrock. During his 6 years at Amrock, Richard developed his leadership skills and was instrumental in developing technology and improving processes for the 2700 team member, nationwide title agency.

Carrie Jo Wahl
Vice President of Sales and Marketing
Coming from the Boardman, Ohio area where her sister and father were Realtors, Carrie Jo has a true understanding and love of the Real Estate Industry. She was a representative of 2-10 Homebuyers warranty as a combo rep covering Rochester New York through Pittsburgh Pennsylvania while living in the Erie Pennsylvania area. Once moving to Sandusky permanently in 1997, Carrie Jo was successful in a sales career in the digital imaging industry until returning to school at BGSU Firelands to complete a bachelors degree in Liberal Studies in 2012. She entered the world of Title and Escrow in early 2015 working with First American title for 4 years. Her passion truly is for the Real Estate Industry and is eager to serve the entire Firelands area.